I’ve been slowly making progress with The Very Organized Thief rebuild. And recently I’ve updated the Owner, tweaking the model and animations, and giving him a new brain while still keeping the same behavior.

Our existing AI system is a little overkill, so I did some digging in the original AI code and reviewed it to see what solution I could come up with.

After a bit of thinking, I decided to extend our AI tools to include a customizable State Machine, similar to Mecanim. This was a little outside the scope of our development goals, which was to not add anything new, but doing this was less work to fit it in with our existing libraries. 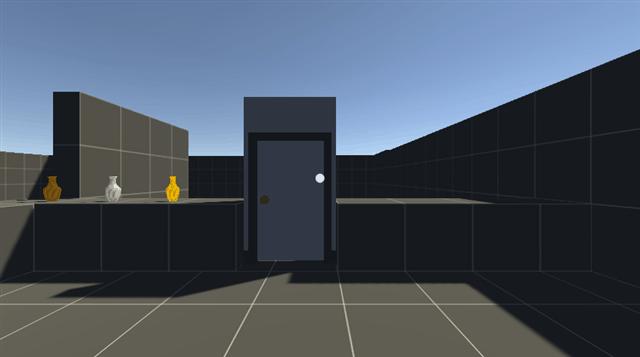 The Owner with a new brain.

The new owner still needs some work, but the overall feeling is the same as the original. He also comes with a few little enhancements by default that make him a little smarter too, thanks to all the features that come with our AI system.

The tedious part was creating the Editor GUI for user-friendliness. It’s not the greatest, but it’s functional and gets the job done. 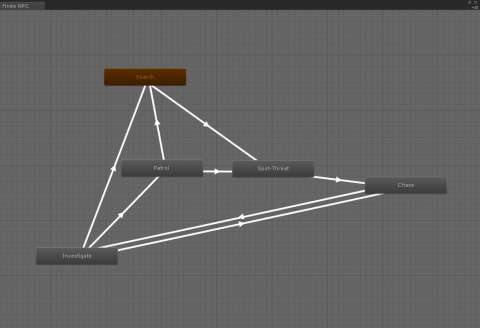 Made for The Very Organized Thief rebuild.

I’ve come up with many solutions in the past that just didn’t feel right, didn’t give us enough control or just flat out didn’t work. But from all those failed attempts, each iteration would leave a few parts behind that would move into the next iteration.

And after several iterations, and then adding the latest tools, the ease of extending the system came as a surprise. Which is a good feeling, knowing that all the years of hard work are starting to pay off!

Love reading these posts. Been following you guys since I was a kid, and have always loved your style of games and have been inspired by your posts. Keep up the great work :)

We are working on an update for the original version. You can follow our progress on GameJolt.

Thank you! And yes, we are working hard on its launch.

You can think of the rebuild as the first step before more levels and owners. It allows us to test everything we have worked on before taking the next step.

The Kangeroo will return, but not when it is released. We will probably add it later.

We still have a lot of work to do, such as audio and artificial intelligence. Our best guess is in a few months, but we are working hard to get it out earlier.

The kangaroo was part of the Australia Day special event. And we thought it would be fun to leave it active. LoL

It’s okay. Thank you for all your questions. We appreciate them!

Yes, but not immediately.

We have been making small changes in the house and adding some more places for some items. There is even something new.

We can’t really say, but we are leaving little clues in the Dev Log on GameJolt. Lol