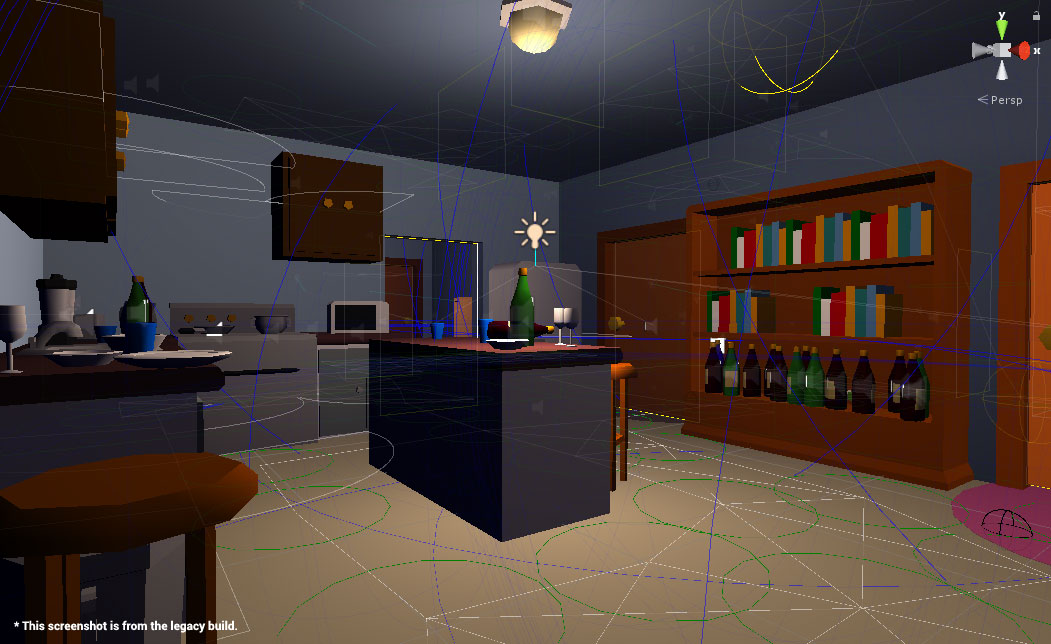 At the start of this year, we began work on a small project that we were hoping to release around December. It’s now December and where is it?

To be blunt, it’s shelved. And here’s why.

Our hopes were to create a game that was a follow up to the original The Very Organized Thief. It was a small game, with fairly simple objectives for the player, made with a similar style to TVOThief.

Keeping it small and simple was difficult. We wanted to avoid the tropes of what has essentially become your typical indie horror game. We didn’t want to make a horror game, we wanted to create a “sort of horror-ish” game with a little more substance.

As we continued to work on it, with these goals in mind, it eventually grew beyond the scope of what we ever intended, leading to features which made sense to do but blew the scope out completely.

And as we’ve done in the past for most things we work on that exceed the size and scope of The Very Organized Thief. We shelved it.

But after all that effort, and the many experiments, failures, trials, and errors we went through. We have filled in the last few remaining gaps that The Very Organized Thief had with its design.

So instead of a new game, we’re rebuilding the original The Very Organized Thief from the ground up as our major starting point for everything we’re doing next.

Our goal is to recreate the existing web experience, to see how the latest version of Unity’s WebGL holds up, and put our systems through their paces for an actual release to the public.

But why Web and not Standalone?

For the most part, it’ll be easier to distribute and manage as we work on it. Keeping it in places where we can update it, and give and maintain the experience we intend for players to have.

And if its development goes well, it generally means more focus on The Very Organized Thief, which will lead us to an eventual Standalone release.

As we piece together the remake of the original The Very Organized Thief, we’ll be showing off a few of the differences and improvements that it will go through as we work on it.

And for anything beyond the original’s scope, like new levels (which I know hundreds of you are going to ask for) well… you’ll have to wait a little bit longer.

Or alternatively, you can support us on GameJolt with their “Pay What You Want” model. 10% of what you give will also go to GameJolt, to help support them, which in turn helps support us and other indies on the platform.

Whatever you decide to do, your support won’t be forgotten and will help push us forwards!

That’s all for now. And wish us luck as we take the next step in this long journey!

Thank you! We wanted to make something special, and we wanted to be sure we could make it. But thank you for still following us for all this time. We really appreciate it.