This year we made significant progress.

Our goals this year were to increase the speed at which we could design and test levels, without excess. Focusing more on the process of creating and simplifying it for rapid prototyping.

In the past, we designed many levels using a variety of methods to try and create believable layouts. Using pen-on-paper, pure design approaches, and even modeling them in Maya and Unity.

We decided to fix this. This year we sped level creation up two-fold, by changing our level creation process and building smarter tools with it in mind.

We needed a high degree of flexibility, without having too many additional assets, such as unique animations clips, animator controllers or redundant models and prefabs. The new workflow also helped ensure that if a change is made, either to the art or design, we can quickly update it with very little destruction and time lost.

We went from what was a laborious problematic task to one which is now enjoyable. Giving us room to experiment, discover, iterate and extend new possibilities much much faster. 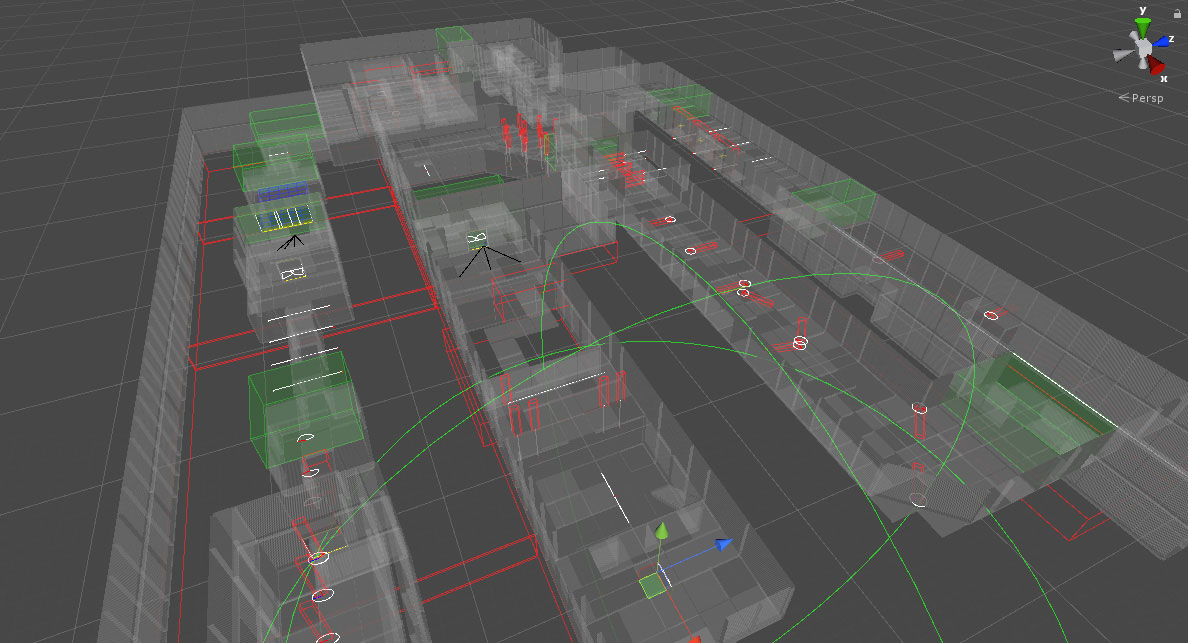 Experimenting with levels and Unity and new systems.

Part of that success was building a procedural motion library and a node-like system out of several past attempts. Refining it as new ideas popped up.

It is now a system we use throughout all our levels and it saves us loads of time. And for us, effective use of time is everything.

We also stopped using the asset store for certain things. Ninety percent of what we use is now our own or is built-in by Unity. We’ve had entire projects wiped out, or permanently stuck, in older versions of Unity because of assets from the store becoming deprecated and no longer supported by the developer.

Many of our goto assets (the remaining 10%) from the asset store are now standard with the Unity package manager, and a few others which are fairly stable, and managed by extremely active developers who provide continuing support.

However, all these changes did slow us down, having to develop more of our own code and tools. But as a result, we now have a very solid foundation to build projects off of.

The change has led to keeping our projects lean, and migratable to newer versions of Unity, which lets us take advantage of the latest improvements to Unity. Some of these improvements have even opened up opportunities, for free, that previously weren’t available to us, at least not without doing more research and development.

We also have confidence in knowing that whatever Unity version we land on, Unity will continue to add support and fixes to it through the LTS versions for at least 2 years. Which is great for fixing critical issues and bugs related to the Unity Engine that players may encounter in the future.

And we’ve updated our website. There’s some work to be done on it, but we’re getting it ready as part of what we’re doing next.

It has been a long year. Filled with many unexpected events, obstacles to overcome and dragons to slay.

But with each passing year, we are rapidly getting closer to our goals.

Thanks for the update. Absolutely loved TVOT. Looking forward to seeing where this project goes.