These past few weeks I’ve been working on throwing objects.

It’s an idea we’ve been messing around with for a while, to see how far we could push the mechanic. We also spent a lot of time experimenting with different control schemes to find what felt most natural, alongside other mechanics, without making it too complicated for the player. 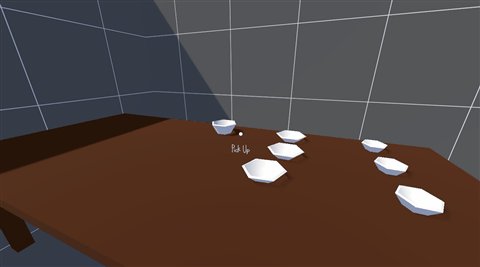 You can slow the owner down by throwing things at him.

The most challenging part has been making it work with the new Owner AI since it needs to respond to different effects, such as noises and impacts on their body. And with a few adjustments to our code, I managed to get it working relatively easily.

Though I’m already running into limitations with the state machine, that was similar to the older version’s AI limitations. As with all state like systems, it has become a mess of connections, even with only very few states. 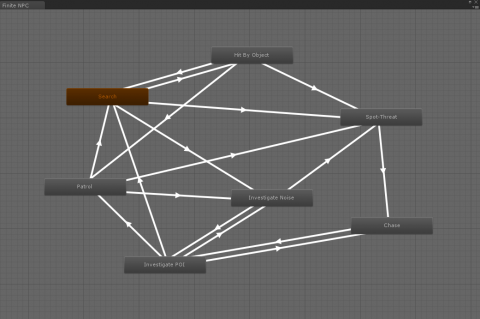 The owner has additional states to handle noises and body impacts, creating a mess of connections.

But I’m going to continue with it. My hopes are to expose any limitations and come up with solutions that fix any oversight within the AI system. And so far, a number of them have been exposed that have led to improvements. Which is great.

And with that, The Very Organized Thief Web rebuild is one step closer to its goal.

If you’re interested in more posts, you can find us regularly sharing them on GameJolt in The Very Organized Thief’s DevLog (Visit the DevLog).