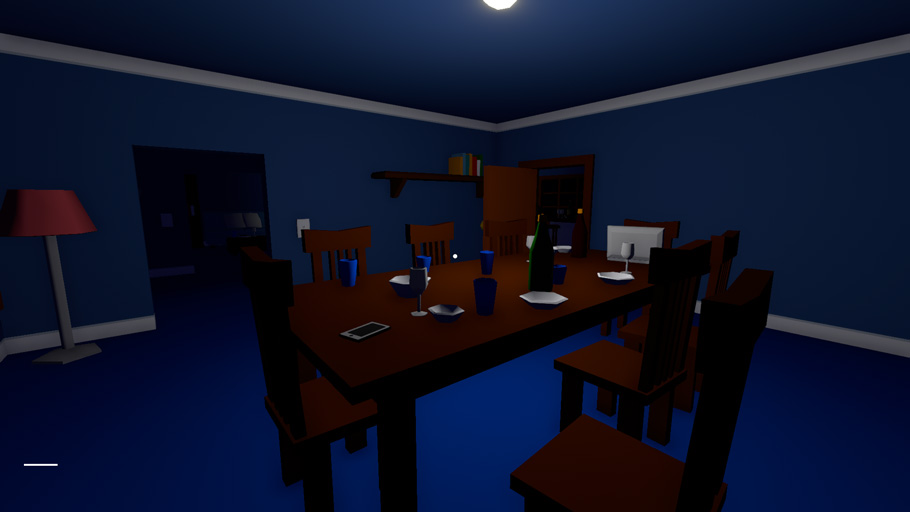 With most of the visual parts for The Very Organized Thief rebuild almost finished with just a few more adjustments to be made, my attention has been mostly on sound design this past month.

Over the past few years, I’ve been practicing audio editing for videos and experimenting with Unity’s audio features. Trying to learn the concepts behind sound design and learn the tools I can use to create, and manipulate, sounds to be used in-game.

Sound design is something I’ve come to enjoy. Out of all the skills that I’m learning around Game Development, audio editing is one that has inspired the most ideas.

When playing around with raw sounds and hearing the results, whether good or bad, I found that it can trigger unexpected ideas or inspiration. Like accidentally making monster sounds for example.

Recently, I’ve been recording my own sounds around my house using my tablet.

You’d probably think the sound from a tablet would be pretty horrible, but surprisingly it’s not that bad. I’ve managed to create some sounds of acceptable quality which are now being used in The Very Organized Thief.

Below is a video of the progress I’ve made with some of the sounds I’ve created. It still needs a lot of work and the audio levels are a little low, but it’s progress.

My last solid attempt at audio in Unity was in Super Mega Jump, which was made in 2016. I edited and manipulated various sounds I found online, focusing on atmosphere and impact. If you haven’t heard it, you can hear some of it in the video below.

I’m certainly no expert when it comes to sound design, and there’s still a lot I need to learn. But I’m looking forward to learning it all to try and make The Very Organized Thief sound as good as I can make it.

Hey. I know you don’t know me and this is a random thing that you may not be used to, but I look forward to your game. I played the original demo a while back and had a great time. Don’t give up on this if times get tough. If the times get tough, that means you’re heading in the direction of something new. I am an artist myself and there have been many projects where I no longer feel like working on it, but seeing other people enjoy your creation will make it all worth it. Don’t know if you have experience with this or not. Best regards, and good luck.

Thanks, we appreciate it. And after everything that’s happened, we won’t be giving up. : )

redefinition games when update comes out

We’ve had a few delays, but the remastered Web version is almost ready for a beta release. You’ll be able to get access to it at GameJolt when it comes out.