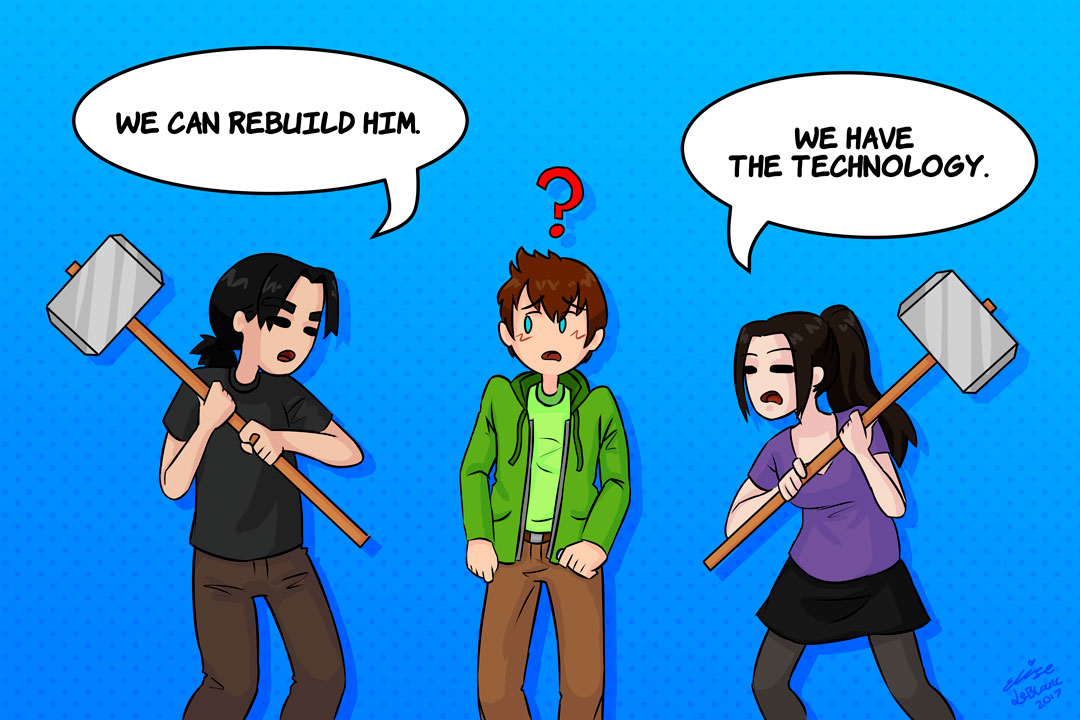 We can rebuild him. We have the technology.

For the past few months I’ve been taking the last 3 years of work, stripping it down and re-writing it into what is now the official The Very Organized Thief project, where everything we’ve been working towards might actually be more real then words and experimental projects.

It has been quite liberating to take a sledge hammer to everything we’ve worked on and rebuild it. Going over all the questionable decision making and surprisingly creative solutions that have come about has been in it’s own way fun. It’s also been horrible looking at how long ago some of this code was written, and remembering all the things that happened around the time of it’s creation.

For along time, working on The Very Organized Thief was just not fun. It’s development has encompassed some of the hardest times in my life, and working on it would often remind me of how much I hated working on it.

It has been costly in terms of my life, with what has been sacrificed and endured to get this far. There have been days where I would have happily said “TVOThief is Cancelled” and given up on game development entirely to pursue something else.

But through all that has happened, the last 3 years have taught me some important lessons.

I will continue to work on The Very Organized Thief despite everything that has happened, because it is something I want to finish and see played by all those who have been patiently waiting for it. Though I’m not sure when it will finally be released, I am happy to say that working on it has at least become enjoyable again. It’s development in the last few months has seen more progress then it has ever seen in previous years, that much I can say.

On the last point in the lessons I’ve learnt, I’d like to give some advice to other developers out there.

Something I have learnt after all the years of experimenting is that learning to create games is different from actually making them. Learning rarely ever plays to your strengths and leads to compromises that people don’t care to understand.

If the game you are making is mostly to learn or consists of mostly things you have just learnt, please don’t sell it. Make it free, so you can keep learning and experiencing much more important things about game development. If creating games is that important to you, sacrifice a little to learn more then you will if you gate it by making people pay for it.

Once you’ve done that, take everything you’ve learnt. And chose what to do from there.

Thank you to anyone who took the time to read this. I appreciate it.