Last month has been a mixed bag of many things to be done.

The survey we ran went very well and the results were surprising. We now have a much better idea of what we can do with the audience we currently have. We still have our work cut out for us if our new game is going to help Redefinition Games keep moving forwards, but at least we have one more piece to our development puzzle.

The new game is also moving along. I spent some time setting up a few new rooms to be generated into the level along with some art. Elise hasn’t been able to work on anything lately since the amount of time she has is limited to only a few days a week thanks to her new job. So I’ve been doing a little bit more 3D modelling and texturing then normal, which has been quite fun. 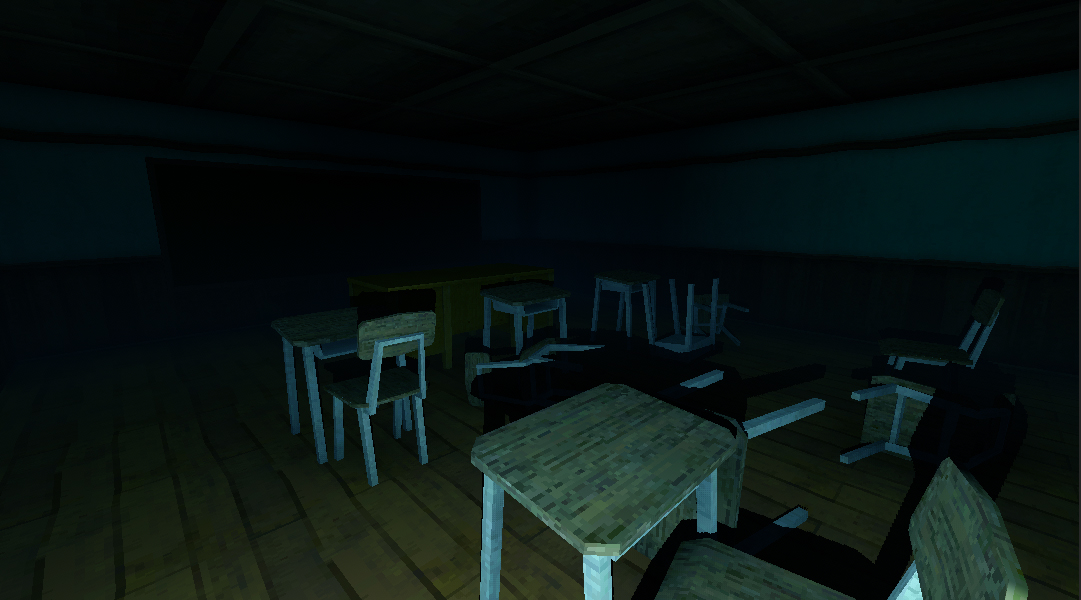 The placement of props and textures on walls is done procedurally. (WIP)

Part of setting up the new rooms is writing the algorithm which will place props into the room. Initially it was going to be limited to cells on a grid, but the spacing proved to be too weird for particular sets of props. I ended up coding a more flexible way to procedurally place props of various shapes and sizes using the cells (or a series of cells) as the boundaries for where objects could be placed and arranged into. As with anything new, it still needs a bit of work, but the current results are pretty satisfactory. 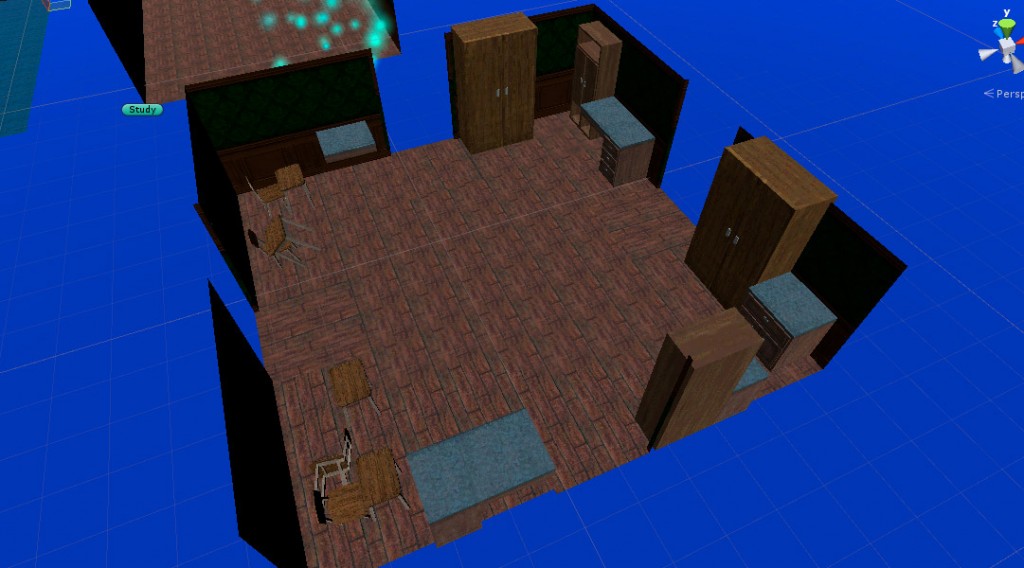 A test room placing props along walls and near doorways. 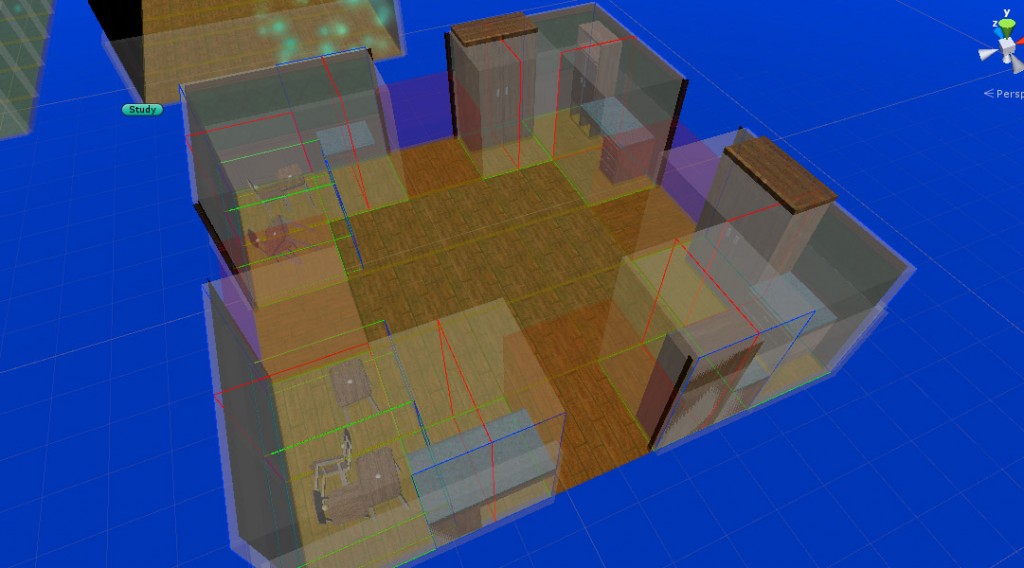 The visual feedback in Unity from various components used to create and place objects in the room.

There’s been a number of improvements to the AI. I added some new animations for the AI to perform which has been much easier to set up compared to what it was like on TVOThief. I also dedicated some time to writing GUI and tools in Unity to make it simpler to work with. Hopefully this means we’ll be able to add more re-usable behaviours for the AI to perform with less work required, from both a coding and art perspective, and in the long term, use across multiple projects.

I also made an important paradigm shift in my understanding of GOAP, learning how the emergent behaviour actually comes into being. Something of which only made sense after sticking my head into the FEAR SDK.

I’ve had FEAR in my Steam library for some time now, and only found out a week ago it had an SDK with full source code. Source code which also contains the AI system, the one that brought Goal Oriented Action Planning to games. One of the difficulties with building a new system is knowing how something is put together is completely different to understanding how it works. The latter usually resulting in a significant amount of experimentation to come to grips with and to get it to work the way you want it to. The great thing about reviewing existing source code from a proven source is that you know it works.

Poking around the FEAR AI code helped with learning a few things that I’d been trying to understand through experimentation, which can be a little slow and frustrating sometimes. Examining the code helped fill in those blank spots in my knowledge which led to the changes I mentioned previously.

I don’t ever think our AI or the system itself is ever going to be as robust and thorough as FEAR’s, and it’s also structured very differently. But the insight has shown me that we’re on the right path, and that there is going to be a lot more code to be written as we build the AI into what we’re hoping it to be.

And if you haven’t played FEAR, I recommend you play it!

The website also has a new page in development, which will be the Roadmap page. It’s going to be an overview of what we’re currently focusing on and where we’re planning on going. It’s been a bit of a problem with some people playing The Very Organized Thief not understanding why we can’t work on it just yet, despite having talked about it regularly. Hopefully getting that page up will help make things a little clearer and obvious for those people, and everyone else.

And that’s last months summary for a few of the things I’ve been up to.

Until next months summary!

Looks like you’re doing some great progress! Can’t wait to see some new screenshots and gameplay! :)

Thanks! Hopefully we can get some more screenshots out this month! :)

I Love TVOthief !! this game is so much fun ! Please make more Updates or something! :D

There are a number of things we’re working on behind the scenes at the moment, and we’ll be sure to keep everyone updated when there’s news to share! :D