Unfortunately I was unable to post for a while due to my day job, which meant I couldn’t work on the game much at all. But I’ve managed to re-arrange things a bit so that I can get back into working with Alex on the project. Hurray!

So now that I’ve made some time, I’ve been working on more concept art for our new game. Mostly I was trying to flesh out some new ideas and concepts, while also working on the look and feel that we want to portray. 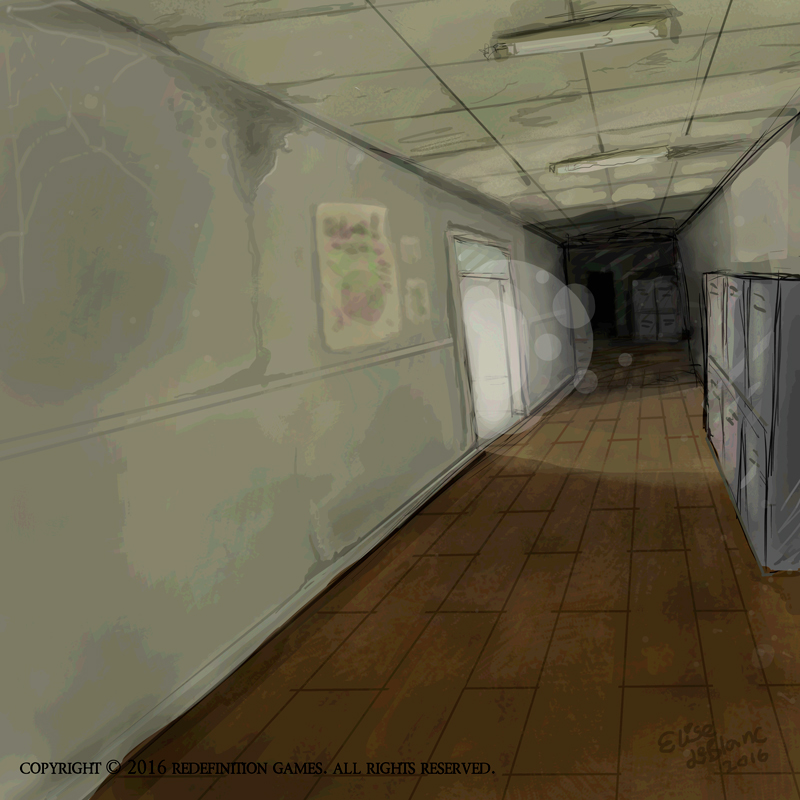 A hallway with some mysterious light coming from the doorway ahead.

Alex has been helping me in improving my environmental drawings since my strengths are with drawing characters, and I feel that I am definitely getting better at drawing environments now thanks to his feedback. I’ve been trying to focus more on what the art should really be like. For example, I’m trying to figure out what the look and feel of a particular wall will be like in certain rooms, instead of it just being a random wall. 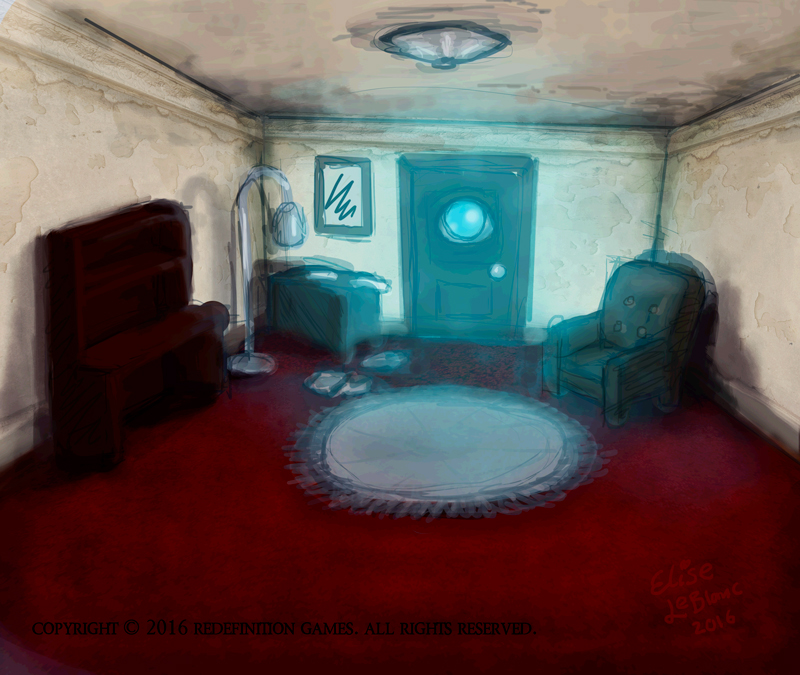 A small cosy room that has a door with a creepy glowing eye. What is it for?!

I tried to make this set of environment art more detailed than the last ones I had drawn. The new ones, I hope, have a lot more feeling in them by trying to make the rooms have more character. That is something I’m going to be continuing to work on throughout future concept art.

One of the things I’m going to try is picking more interesting ‘camera angles’ for my environment drawings.

I want to make sure that I can create the different types of rooms to be as interesting as possible. That way exploring can be fun! Hopefully, you’ll be able to step into a room and feel like they have that “lived in” feeling, so ‘Hey, looks like something happened in here.’ Or maybe there is some hidden story to a room that sparks your imagination…

I’m not sure that I’ll be able to accomplish that, but I’m sure going to try! 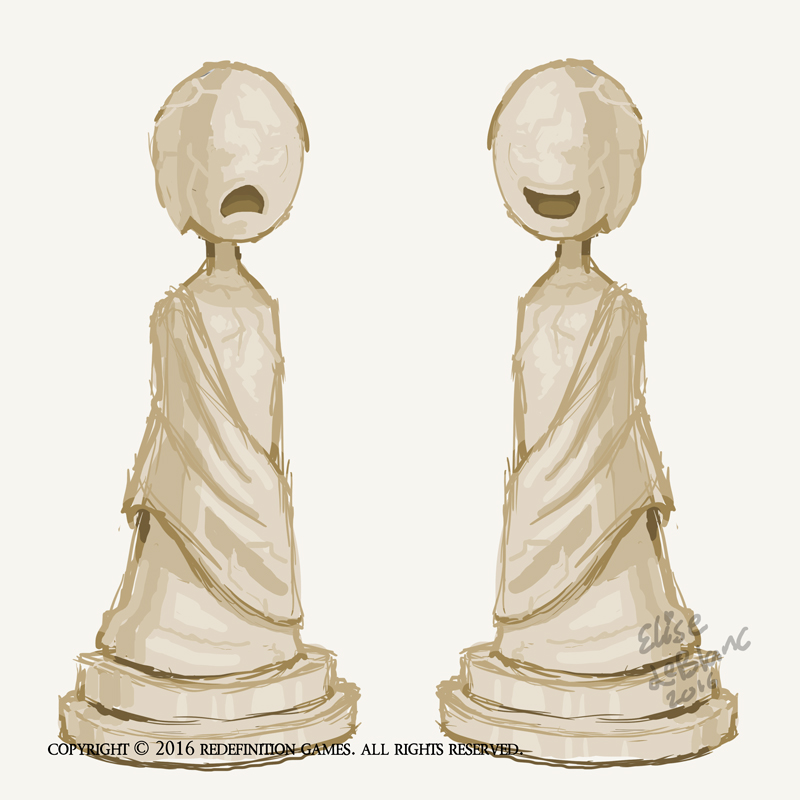 This isn’t two different statues, it is a statue with a face on both sides of its head.

So for the next few months my focus is going to be on concept art for the environments. With Alex’s help, hopefully I can create what I would really like the game to look like. And lately I feel like I’m on a path towards creating better concept art, which in turn will help us create a better game.

Next time I write a post about the art there should be even more improvements, and hopefully they’ll be a little spookier too.