Hi everybody! And welcome to my first official developer post!

This week (amongst other things) I spent a little time fixing up the website. Along with a couple fixes for mobile and neatening a few things up, the website now supports individual authors!

But what does that all mean!?

It means we can talk more about what we do and how we do it, in our own way and show off the progress of a number of projects we’ve got going on.

Up until this point Elise and I would sit down and figure out what we were going to post. Write it, and then post it, under a single account. A lot of those posts usually ended up being serious official announcements, and not really anything developer specific (like art and programming). 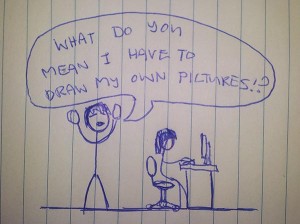 But thanks to all the new stuff, we don’t have to do that! We can now be slightly less serious, and post more articles, more often with behind the scenes news from our own perspectives.

There’s still a few more things I need to do on the website to get it where it needs to be. But it’s starting to feel more like a home for Redefinition Games.

We’ve also been making the transition from Unity 4.6 to Unity 5. Which couldn’t of come at a better time! (Thanks Unity!)

Previously we had been budgeting to purchase an additional Unity license for Elise, since she was using the Unity 4.6 Free Edition with its limited features.

For an artist, not having features such as lighting and post processing effects can really make it challenging to tell what something is going to actually look like in game. But thanks to Unity 5, we don’t have to worry so much about that. She can now use those features without limitation on the Unity 5 Personal Edition. Hopefully she’ll be doing a post about some of the things she’s been working on soon.

We’re still setting a few things up, but it’s a step in the right direction.