In this article I’ll be talking about the concept art for the environment of The Very Organized Thief!

When we decided to create a new version of TVOThief, we spent time coming up with new ideas and new ways to make the game even more fun. So, besides re-creating props, a lot of my work has been making concept art. 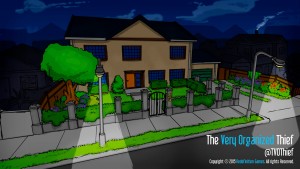 The front of the house.

Originally the house wasn’t planned out quite as much as it was this time around. We didn’t create any concept art because it was just a quick 7 day project to see what we could do (which we updated a bit after release). 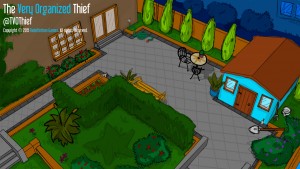 A quiet area to sit and relax.

One of the areas in the house I’ve been working hard at was the front and back yards. We wanted to let the player go outside this time! I drew the area in multiple angles to really get a feel of the place before we started to create the props for the garden. 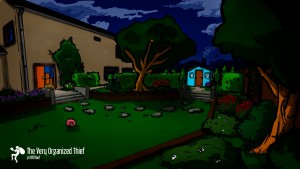 Something else related to the concept phase was… Story! We decided one of the things we wanted to accomplish with the new version of The Very Organized Thief was to tell a story. I don’t want to give away too much, because that would ruin the fun!

But, I really hope you’ll enjoy the fun bits of story you may discover. If you put together all the clues, will you be able to figure out the story we’re trying to tell? ;P 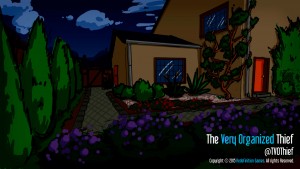 I hope you’ve enjoyed this look at some of the environment concept art for our game. :) Expect more posts on art related things in the future!