For the last week I’ve been working on the concept art for our new game! As we’ve mentioned in previous posts, we wanted to make this one a bit scary.

We loved how people scared themselves with The Very Organized Thief, and we’ve wanted to make something horror for a while. So it seemed like a natural direction to take! 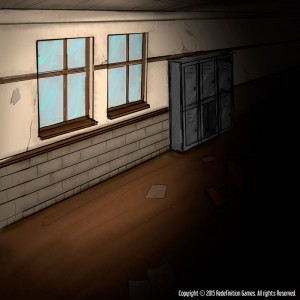 To describe the setting a bit, without spoiling too much, the game is set in a spooky abandoned school! Kind of cliché? Pretty much!

I roughly drew a few key areas to try and get the look and feel right. It was fun to play with the lighting, and I’m happy with the results. :) 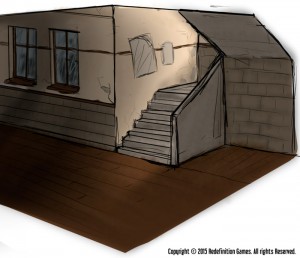 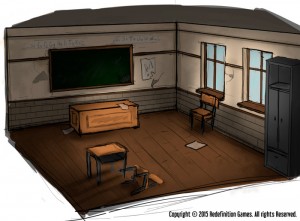 After drawing the base art, we experimented with a few different types of lighting. I made them mostly neutral initially, but the alternate lighting picture below is probably closer to what will be in the final game. We are still experimenting, so it might not look exactly like that. 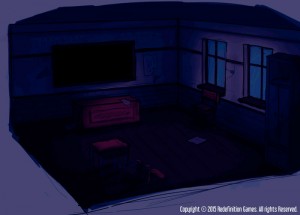 Due to the early decision to style the visuals of the game to look like 3D PSX games, we decided that it would have more textures than the original The Very Organized Thief. TVOThief didn’t use that many textures, and a lot of the colours were stored in the vertex channel. When it did have textures, they were usually done in the style of pixel art.

With our new horror game we’re planning to use low-resolution pixel art textures, along with a shader that Alex is working on, to create the PSX style. 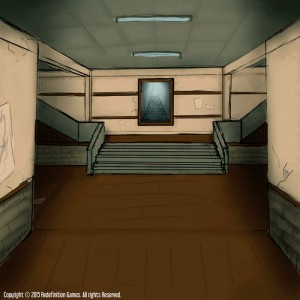 I’ve already made a few textures for Alex to test out the shader with. He should be sharing the progress on his shader in the next post! Hope you enjoyed the concept art, and are looking forward to the next post. :)